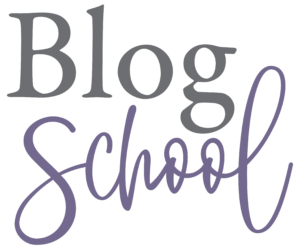 Where to Start When You're Feeling Overwhelmed

If you're an introvert who is feeling overwhelmed about the idea of starting a blog, this post will help. It's filled with actionable steps and strategies for overcoming that overwhelm. Whether you want to start blogging as a side business or simply as a creative outlet, this guide can help give you the motivation to get started!

It's always difficult in the beginning

Anything that you're new to is difficult, including blogging. The best way to get over this feeling is by taking the time to invest in yourself and your blog. Researching, planning, setting goals - these are all things that you need to do before launching a new blog.

Resources to Grow Your Blog

Get this FREE guide right now!

Thanks for subscribing! Please check your email for further instructions.

One thing at a time

I'm a planner, so I love to make a plan for what I need to do. You can use a template, like this one and fill in the details that would work for your blog.

Thanks for subscribing! Please check your email for further instructions.

I find it helpful to break down what you need to do into smaller steps because they're easier to take on when you feel overwhelmed with big tasks. I start with brainstorming things that I might want to write about one day. I make a list of these topics and then I look for relevant articles to read.

Now that you know what topics interest you, start researching them by reading existing blog posts on the topic and tutorials from other bloggers who have been there before. This is also a great time to find your voice - how would you explain this subject in your own words? Is it educational or entertaining? Can you add more? Can you tell a part of your story through this post?

Remember, you're only focusing on brainstorming now. There's no need to worry about actually writing the post right now.

Make the schedule and stick to it

When I was first starting out I looked at my empty blog and felt extreme pressure to write a bunch of blog posts and make my website look amazing. But then I felt paralyzed by that pressure. It was all too much. Instead of taking it step by step, I didn't do anything for a while.

If I had a written schedule of what posts were coming up when, and how much time it would take to write them, then I could have made something happen. I realized that I needed a system that would work for me. I started off with just one post per week at first. That seemed manageable enough for me to get into the habit of writing consistently.

And in that process, I also started to see what topics I liked and didn't like writing about. That was helpful too because now I can plan according to my interests instead of feeling obligated or pressured into anything.

A system for a beginner that is manageable enough to get into the habit of writing consistently:

Everyone is terrible when they first start out

Everyone is terrible when they first start out and you're not an exception to that rule. If you've never written a blog before, it's going to be rough in the beginning. it just is. But you should still write. You'll get better as you go, but you can't get better if you don't start.

You have something special inside of you, a message or idea for the world. Keep going. There's someone out there who needs to hear your story. You can help them just by sharing what you went through. You can change their life just by sharing something simple.

I'm terrible at asking for help. I'm positive that I can figure anything out on my own if I just try hard enough. But when it comes to blogging, there are a lot of things that you need to get right the first time in order for your blog to take off.

I've spent hours, days even, trying to figure something out and get super frustrated. But then I ask a friend of mine and they know the answer right off the top of their head!

I created a Facebook group that's full of like-minded bloggers who are looking to connect with people like you! We're all in this learning and growing together. Come and join us here!

Blogging is overwhelming in the beginning, but it gets a lot easier as you go along. It's not a race, it's just you and your thoughts. Take it one step at a time. Just focus on the one next thing you have to do. You have a special story to tell and someone out there needs you.

So get started today!

Ps... If you’re looking for more information about starting a blog and setting it up right from the start, join my Blog School 101 course today!

For more tips and strategies for new bloggers, I highly recommend checking out the following:

Get notifications about new blog posts & offers sent right to your inbox!

Thanks for subscribing! Please check your email. Also, make sure you check your spam folder and add us to your safe sender list.